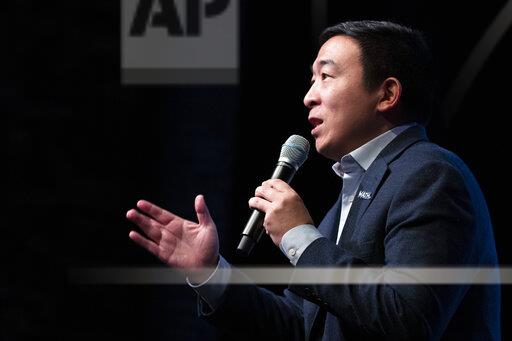 Do Asian Americans have to prove that they are American to anyone?

The short answer is no.

Last week, former Democratic presidential candidate Andrew Yang wrote a controversial Op-Ed about how Asian Americans should combat the recent surge of xenophobia towards them.

In the article, he suggested that Asian Americans “need to embrace and show [their] American-ness in ways [they] never have before,” which sparked outrage within the community.

Yang explicitly states that Asian Americans need to embrace their American identities. Many perceived this as having to change who we are to be accepted by other Americans. However, I believed that he meant the complete opposite.

Yang suggests that “[Asian Americans] need to step up, help [their] neighbors, donate gear, vote, wear red white and blue, volunteer, fund aid organizations, and do everything in [their] power to accelerate the end of this crisis.”

He never stated that Asian Americans should assimilate in order to gain the respect of other Americans. Yang emphasizes on how we should unite with other Americans by helping each other, especially in our current global crisis. We don’t have to add fuel to the fire by fighting with others.

Additionally, people were angry that he specifically told Asians to do all of these things with no mention of any other races. Of course everyone has to do their part, but at this time when people are looking at us as enemies, we can make the racists look like they are the ones in the wrong while we, the “other” people, are doing our part in ending this virus.

“We can do more than they do in “their” country,” said Joe Jitsukawa.

If we continue to get angry at all the hatred we are receiving and not taking it as an opportunity to make us the bigger people in this feud, we will never surpass any of this. Imagine what the racists will say when we do what they are not doing to help our country—so much for being “All-American”.

We cannot continue to divide ourselves. Being an American doesn’t mean you have to be less of anything. Being American means celebrating every culture and doing your part in supporting and helping the community. We don’t need to sacrifice anything, we must be allies and not enemies in this pandemic.

He also mentions how saying, “Don’t be racist” won’t work, which made people upset.

There is no cure for racism. If it was that easy, it would no longer exist. You can always address how wrong something is and educate others, but there is no changing those who don’t want to change. You can’t expect them to believe everything you believe in; they can be better but not perfect.

I’m not saying his piece was flawless. It wasn’t. He made points where even I thought it was a bit unnecessary to mention; however, Yang makes a good point overall. If we take the initiative to heal the wounds, that is, this constant hatred against us, by showing love and a passion to help others in need, we can move forward and help be a part of the solution to end this.