Star Wars: The Rise of Skywalker; AKA my only hope 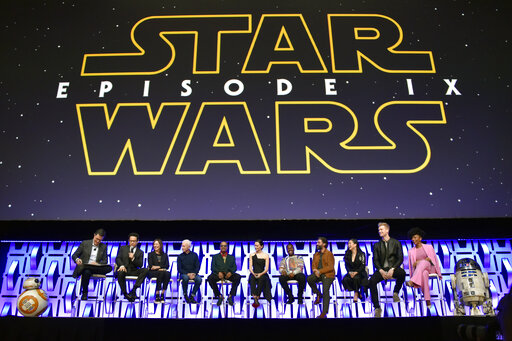 If you aren’t caught up with the Star Wars films, stop here. Continuing to read this article may result in anger, sorrow, and in some cases, disappointment.

Star Wars is the only movie series, besides Indiana Jones, that has ever truly drawn me in. Growing up with parents who watched these movies, it wasn’t difficult to get me attached to them. It all started with “Star Wars: A New Hope,” which was and is still my favorite film. After watching it, somewhere around the age of 8 or 9, I knew I had to finish out the rest of the movies, which took about a year to accomplish. By the time I concluded my mission, forming a different opinion on each movie along the way, I was disappointed to be left with such burning passion for the series, with no movies left to watch. That wasn’t the only thing I was left with, though. The conclusion of “Star Wars: The Revenge of the Sith,” – the last movie I saw because watching them in order by release date is highly recommended – left me with questions and concerns.

These conflicts between myself and the Star Wars movies didn’t last for long, because within a few years of my completion of the six films, “Star Wars: Force Awakens” was announced, probably one of the most exciting days of my life. And yes, the announcement date was the exciting day, because the movie itself…such a disappointment. After waiting years for this movie release, I was expecting to be blown out of my seat, to have my socks knocked off, or whatever cliche term you want to use, but it just wasn’t up to that standard. At this point, I was back to my “Revenge of the Sith” self, confused and concerned.

Where did Rey come from?

Why is this movie so similar to “A New Hope”?

Why didn’t the producers work harder to perfect this reboot?

Luckily, I was eager for more, because as most knew, more movies were to come.

In 2017, the next movie in the trilogy was released. “Star Wars: The Last Jedi” hit theaters in December, a nice Christmas present for Star Wars fanatics. Although this film wasn’t jaw dropping, it crushed its presiding film, in my opinion.

The plot was one to remember. To make things even better, a major character dies. Why is this good you ask? I think unexpected things make a movie more eye catching, so the moment Luke drained himself dry of energy and passed away allowed me to realize that the movie wasn’t as bad as I thought. By the end of the movie, I was slightly satisfied, but to be honest, very angry. “The Last Jedi” had an opportunity to kill off another minor character, keeping the plot moving smoothly, but instead, Rose Tico’s life was spared. Now, we are left with an awkward, romantic relationship between her and Finn, something that will be almost impossible to continue into the next film, which is coming out this year.

Due to the past two fails, “Star Wars: The Rise of Skywalker” is my only hope. The trailer came out not to long ago and with it came my sense of excitement with a little bit of nostalgia. The excitement was brought by the trailer itself, as it was spot on. Every character was showcased in the best possible way, including a few unexpected faces. For those who have always seen the trailer, I am sure you are expecting this…the laugh at the end had me bouncing off the walls. I am 99.9% sure that this laugh belonged to the one and only Chancellor Palpatine, a character that hasn’t made an appearance since 2005.

I am happy that “Rogue One” and “Solo” were released throughout these disasters, because if not, I don’t think Star Wars would be something I pass onto my kids. “Rogue One” is currently my favorite film outside of the originals, due to its uniqueness and connection with the true story line. “Solo” also fits in the category, because it was different, but it still made sense, something a diehard fan like myself can appreciate.

Overall, I have no doubt that “Star Wars: The Rise of Skywalker” will be something to look forward to. Palpatine’s laugh alone is the reason I am confident that December will redeem the Star Wars legacy.