Saving the Earth one sip at a time 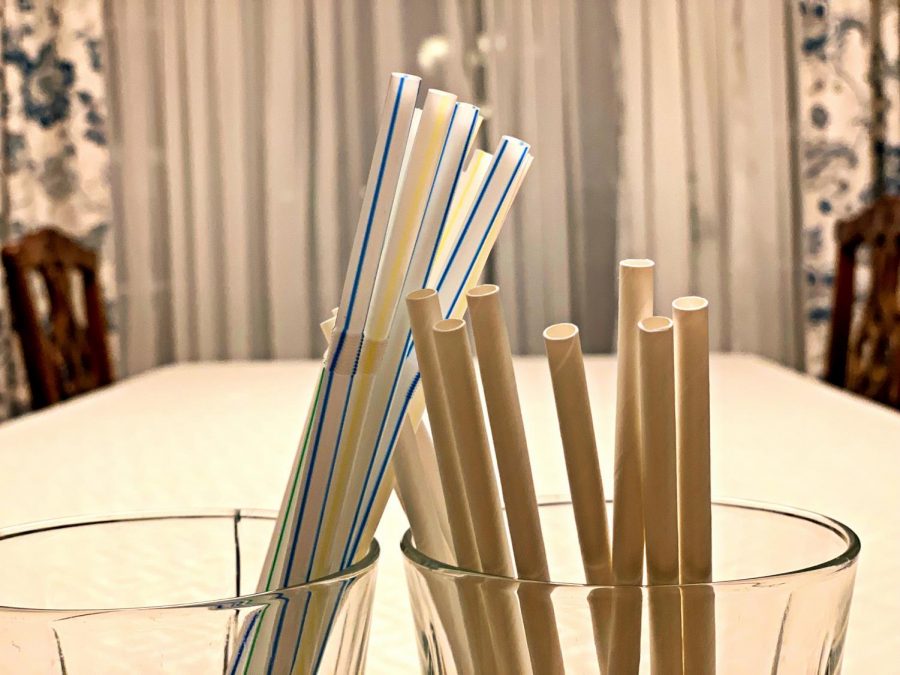 As more and more companies make the switch from plastic to paper straws, there's some controversy over the switch and whether it makes an impact on the environment.

Our generation of teenagers have grown up with “reuse, reduce and recycle” engraved in our heads, but how many people are really going green lately? As fear of global warming rises, some people are taking small steps to save our earth. I never would’ve considered straws being that step, but the transition from plastic to paper straws is well under way.

Over five hundred million plastic straws are used in the U.S. today, and most of them end up in the ocean. This not only pollutes the water, but severely harms the sea life and their home. Many companies in recent years have decided to go paper, attempting to eliminate the use of plastic straws. One company in particular is very popular and trying hard to make a difference.

Aardvark is a company that only sells the original paper straw. In 1888, Marvin Stone invented the paper straw, and created the company that manufactures Aardvark today. Aardvark straws came back in 2007, and have been growing ever since. Using natural papers, they have made the most sustainable and durable paper straw on the market. The company advocates going green and encourages people to talk to their distributors in restaurants, hospitals, and schools, asking them to switch to paper straws.

A few local restaurants in the Towamencin area have switched over to paper. Specifically, ACTS Retirement Communities have recently completely eliminated using plastic straws. Many North Penn students work at these places and have experienced paper straws and what makes them different.

“The paper straws are great for the environment, but the ones that we use are terrible quality and deteriorate way too quickly. Overall, they are not good enough,” said Julia Mitchell, a junior at North Penn and a server at Normandy Farms Estates.

A lot of the servers have similar opinions on the straws. The idea is great, and many are excited for a change that will support the environment, but the paper straws in the retirement communities don’t seem to be the best quality.

“Paper straws are so much better for the planet, but the ones we use at Normandy are really bad. They pretty much turn to mush as soon as they touch any liquid and leave a residue on your lips,” explained Maggie Gaffney, who is also a junior and a server at Normandy Farms.

So far, the elderly don’t seem to have any complaints about the straws. Most don’t normally use them, but the ones that do have already seemed to adapt to the change.

Although there is a lot of positive talk about switching from plastic to paper, there is a lot of controversy around the straws and if they are as beneficial as they seem. It has been brought to the public’s attention that paper straws might take a long time to decompose. Chung Shan-shan, the director of science in environmental and public health management at Baptist University, stated that although paper straws are biodegradable, they won’t break down even after a very long time if they contain a lot of pulp. There are newspapers in landfills where, even after 10, 20 years, the words on them may still be readable.

Even though there are doubts and concerns, switching from plastic to paper straws seems like a step in the right direction. Hopefully the trend of paper straws will spread further and start new trends to save the environment as well.