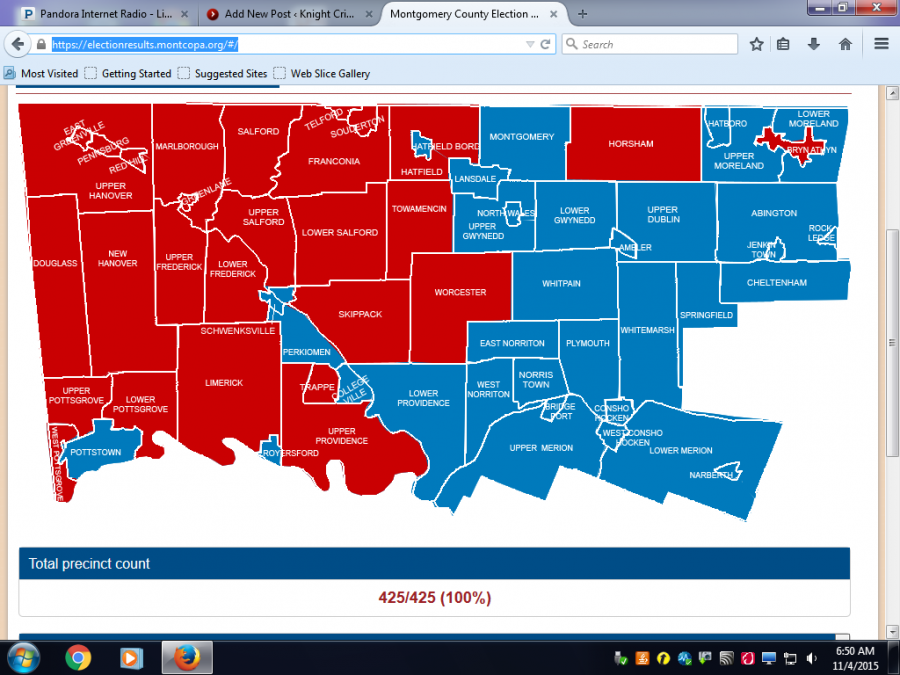 TOWAMENCIN – Even though there is an increasingly polarized political climate in the United States, the voter turnout for millennials is significantly lower than older generations. If high school and college students are so politically active, why are we so hesitant to vote?

But why should millennials bother to vote? Because the leaders we put in office today make decisions that affect our lives for years after they leave office.

Most people fail to realize that it is not solely President Trump running the country by himself, but also the congresspeople, senators, and governors that we elect during the midterm elections to guide Trump. While I support the dedication of my generation as they use their voices to protest, protesting is not going to elect new leaders.

Millennials today have the ability to sway the vote dramatically, as we make up half of the United States population, yet older Americans are more inclined to vote. By sitting back we are allowing older, and typically less progressive, Americans to decide our future.

Psychology Today states that during the 2016 presidential election, candidate Bernie Sanders had a greater appeal to millennials than Donald Trump or Hillary Clinton. During the primaries and caucuses in 2016, Sanders received a greater amount of votes from millennials than Trump and Clinton combined. After Sanders lost the Democratic primary vote, there was a greater increase in voting for third party candidates, which millennials likely contributed as a form of protest.

With Pennsylvania being a swing state, we had the chance to change the entire outcome of the 2016 presidential election, yet only 43% of us went to the polls.

We are seemingly starting to realize that our choices now have a larger impact on society than we imagined. Since 2016 there has been a greater number of protests among high school and college students, such as March for Our Lives and the Me Too Movement, all of which continue to protest about unjust social issues.

A new NBC survey shows that 55% of millennials plan to vote in the upcoming midterm election, but previous election results show that we are unreliable at the polls.

States like California and Oregon have automatic voter registration in place, making it easier to for residents to vote and ultimately creating a better voter turnout. If more states were to implement the same policy, it could make voting easier for the 33.5% of millennials that say they are too busy to vote and another 5.5% who said they experienced registration problems.

Because of current millennial involvement in politics, hopefully there will be a greater voter turnout during this year’s November election. We are an incredibly diverse and informed generation, so it is possible for future change. The first step, though, is voting.