EDITORIAL: The $15 minimum wage: A story about Molly 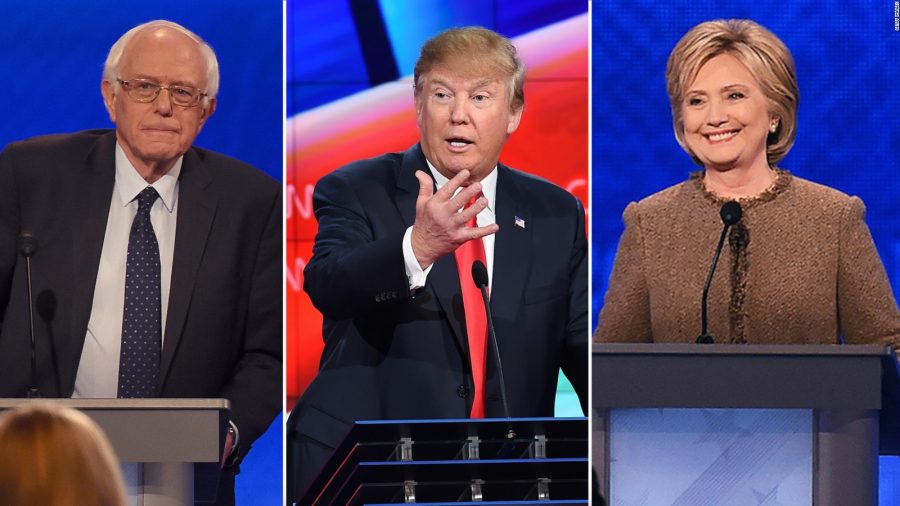 All three remaining presidential candidates have either demanded an increase in the minimum wage (Sanders wants it at $15 and Clinton says $12) or at least hinted that they would be “open to looking at it” (Trump). Of course, lots of lower paid workers are happy to hear this. Employers … not so much.

It is not surprising that politicians will do and/or say things to cater to workers. There are a lot more workers than employers so if you can get workers on your side, you usually win elections. Unfortunately, this also causes most politicians on both sides to virtually ignore the economic realities of employers, especially small business employers.

I thought I’d put together a story about how increasing the minimum wage can effect business owners. It’s a story about a woman named Molly who sets out to help those most in need.

Molly is a middle manager in a large, successful corporation and she hates every minute of her job. She hates the corporate culture of “profits over people” and believes much more needs to be done to serve those at the bottom of the economic ladder. She has always been deeply concerned about the lack of “social justice” in America and speaks often to her friends about the problem of “income inequality.” In college, she was involved in several marches and even picketed a few corporations that had laid-off workers during the last recession.

After her good friend at work is laid-off, she hits her breaking point and decides that she is through complaining and takes action. She quits her $75,000 a year job and opens up a small business – a donut shop.

She sits down and lists the specific people she would like to target with her hiring.

She runs some numbers and decides she will hire 10 employees and pay them $7.50 per hour (more than the Pennsylvania minimum wage of $7.25) to send a strong message of her desire to help. She decides to make them all fulltime employees (35 hrs per week) so that they are eligible for much needed benefits which includes healthcare. She also gives them two weeks paid vacation. She drops her income to $60,000 to show her willingness to sacrifice as well. $60,000 will pay all her bills and allow her to save a tiny bit too. She never saw the need for lots of money. Her numbers are as follows:

Her first year of business is more work then she ever imagined but she has never been happier. She did it! Her donut shop does enough business to meet payroll and has $60,000 left over for her! She had to tighten the belt a little but she thinks it is more than worth it considering she is her own boss and doing great work for those most in need. She has a great team and they love working for her.

While watching the news and enjoying a celebratory glass of wine, she hears her favorite politician and role model rile against the lack of “social justice” and “income inequality.” She tears up knowing that she has actually addressed those problems in a positive way and changed lives for the better. The politician finishes by stating that an increase in the minimum wage to $10 per hour will pass the legislature and should be in effect shortly.
Molly’s delight turns to concern as she grabs her calculator. She runs some new numbers.

Her new numbers show that her business will have to bring in an extra $45,500 just to match last year’s totals. The irony of having to do almost 50k more business just to stay still sinks in.

1. Sell a lot more donuts. She could hire an advertising or marketing expert or buy a larger oven but where would that money come from and how does she fit a bigger oven in her small store?
2. Raise her prices. A new Dunkin’ Donuts just opened up down the street that already sells donuts for less so she worries that if she raises her prices, more customers will go to the corporate giant. Lower income customers will also have to pay more.
3. Take the $45,500 directly out of her salary so her employees are in no way negatively impacted. That would bring her salary down to $14,500.
4. Eliminate the 2 weeks paid vacation, cut it back to one week, or cut it to half-paid vacation. Her employees love this benefit and would be upset if this changes. Some may leave.
5. Cut back some employees to part-time status to save on benefits and healthcare expenses. This is what the evil corporations do so she is not in favor of this.
6. Layoff a few employees and increase the workload of the others. Again, no way. That’s the corporate world.
7. Get a loan from the bank and expand her business. The interest is another expense. The bank will also see her numbers and wonder how she will pay the loan back. The thought of having to “expand” her business in order to “break even” comes back.
8. Close the business. No way. She is not a quitter and the business world desperately needs people like her.

She reads over the list several times and is dismayed that none of those options benefit the people she originally targeted to help.

She feels a headache coming on and wonders why her sociology professor never mentioned this end of the business world. She closes her eyes and remembers the joy she had in college making signs and protesting against corporations. She concludes that making signs and talking about “social justice” and “income inequality” was much more fun.

The next day she speaks to another small business owner who tells her that this is just how it works and that most business owners do a combination of the things she listed in order to make ends meet.

She sits down all of her employees and breaks the news about the options. They are not happy. Her best employee immediately informs her that she might have to start looking for another job if her pay or benefits are decreased. She is crushed when she later overhears two employees talking. One says “I thought she was one of us. I worked so hard for her.” The other replied “They’re all the same. Profits over people.”

At year’s end, her salary takes a hit (she dropped it to $45,000) but her business is able to meet the new payroll, pay all its bills, and comply with additional regulations as a result of the options she chose.

With a splitting headache, she watches a live presidential speech. She listens as her political hero (now President) says that she is pleased to announce that she has just signed into law a $15 per hour minimum wage. She expands on the need for more “social justice” and “income equality” and several other issues Molly used to protest about a few years ago. The President vows to continue to look for ways to help the less fortunate and firmly states that she will use the power of the presidency to go after business owners who put “profits over people” by cutting worker hours and benefits or by going overseas. She promises in the next year to expand paid leave, mandate health insurance coverage for all employees and look at other ways to end the exploitation of workers by the wealthy. The audience gives her a standing ovation.

Her heart sinks as she realizes that now she will have to do another $91,000 of additional business to “break even” and end up with just $45,000 in her pocket.

She pulls out her list of options and again reads them over. As she stares at them, she is alarmed at how often her eyes drift towards #8. She once again notices that none of them benefit the people she originally got into business to help.

Her last idea before falling asleep was to research whether her sociology professor or political hero ever ran a business.

When people look at economic issues, they tend to look at it only from their point of view. The job of economists is to research and study all the angles – both the seen and the unseen. The minimum wage has many angles and therefore a variety of pros and cons. Politicians tend to focus on only the points that will help them get elected.

Hopefully the story showed that when forming your own opinions on the subject, be sure to consider the viewpoints that are not so easily seen.