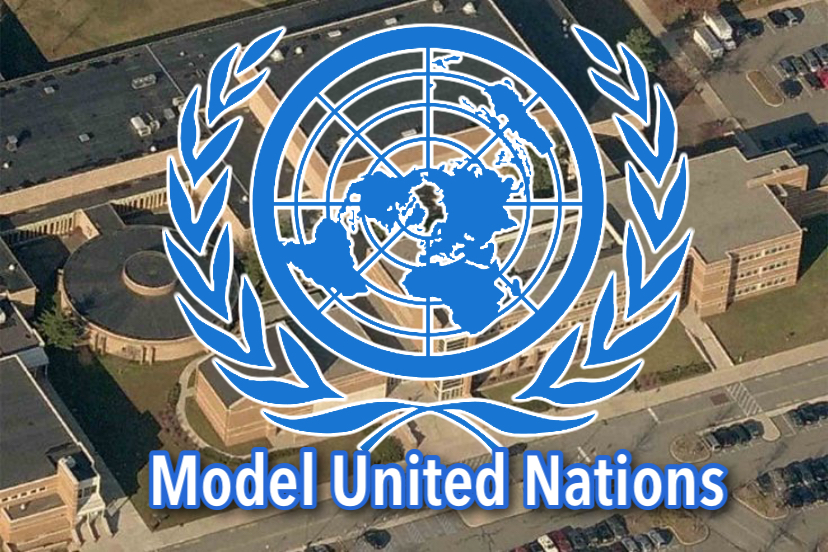 North Penn’s MUN is gaining momentum. In the upcoming years, the club expects a rise in members.

Raising a placard and saying “Motion to open debate,” gets the Model United Nations debate started. Once the debated topic is approved by the chair any members can raise their placards to vote. Delegates use their placard to vote on whether the motion should be passed. These motions and debates were on full display during a recent conference in which North Penn competed.

The conferences in the previous years were hosted in person but due to Covid, the event took place virtually. WAMUNC is one of the most renowned Model United Nations conferences in the world, helping future leaders gain better speaking, debating, and listening skills.

“The thing that I like about virtual conferences is that it’s a lot more accessible to people globally and much much cheaper,” North Penn Model Union President-elect Nicole Mattiacci explained.

“This is pretty unprecedented in our team because North Penn Model UN is usually pretty non-competitive, so this is extremely rare for us. I see this as a good omen,” Mattiacci explained.

Model United Nations has accepted more dedicated and driven delegates in the upcoming years, as this year the club had many enthusiastic sophomores.

“Personally, I learned the most from the older students– from the seniors this year to the former president last year, I feel like those kinds of positive role models are why we’re becoming so strong, and I admire them greatly for that reason,” Mattiacci said.

“Next year as president, I want to make as big of an impact as the older kids did on me as a MUN delegate,” Mattiacci added.

Nicole talks about her positive experience with the seniors especially the leaders in the club. The positive role models are the reason the club is becoming so strong and as the president next year she hopes to contribute to building the club.

The club already has new events planned for the upcoming school year. The club is hosting a North Penn Model UN conference. NPMUN is a small, annual conference hosted just for members of the club.

“I think that we’re gaining a lot of momentum, and every year we’ll get bigger and better! We have a lot of passionate sophomores this year, and I think next year we’ll have a lot of dedicated and driven delegates who will inspire the incoming students,” Mattiacci explained.