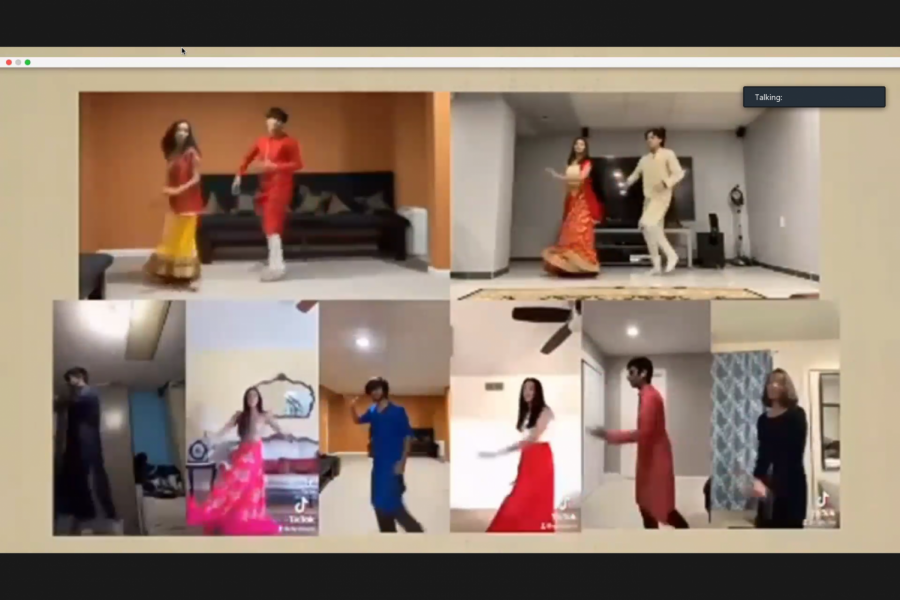 TOWAMENCIN — “Covid has been a big concern for us and we wanted to respect the world we’re living in but also respect such a long-standing tradition.”

North Penn Indian Cultural Association (ICA) Vice President Sahana Prasad, along with all of the other cabinet members of the club knew that Republic Knight was one of their biggest events of the year. Despite their inability to have the event in person, they knew they had to find a way to make it happen.

Republic Knight is an annual event held by the North Penn Indian Cultural Association (ICA). It celebrates the Indian national holiday called Republic Day, which honors the day that the Constitution of India came into effect, January 26th, 1950. The constitution turned the nation into a newly formed republic.

This year, instead of canceling the event due to the pandemic, the ICA decided to make it a virtual event.

“I figured out ways we can keep the segments but still find a way to keep them virtual. We know friends love to meet up for Rep Knight practices and all, so we still allowed people to meet up, but from our part, we provided ways that were Covid friendly,” Diya Patel, President of ICA, said.

“We didn’t have an audition process this year. In that way, the dances and singing videos were easy, but for Mr. and Miss and fashion show, we had to adapt and I think we did a great job doing so,” Prasad said.

Patel, along with the help of the other cabinet members and their advisor Mrs. Wakefield, worked to edit the entire project, which took approximately 2 months to complete. They established specific checkpoints and deadlines to keep things organized.

Despite being a virtual event this year, the ICA cabinet managed to keep it as traditional as possible, with their breathtaking singing and dancing performances, Mr. and Miss segment, fashion show, and the occasional humorous commentary made by the emcees in between each performance.

“I definitely didn’t think when I first sang the Indian National Anthem as a sophomore I’d do it every year after that, but I’m so grateful for my own unique connection to Rep Night,” Prasad said. “If you asked me as a sophomore singing it for the first year, I never would have expected to sing it 3 years in a row. Last year and even this year I never planned to sing it—I was asked to—but I’m so glad. It’s something I can smile about and that also feels kind of surreal.”

After Venkatachalam and Prasad’s performances, the attention was turned to Varsha Anthony who sang and The Desi Girls did a dance performance right after.

Jijee Dhinesh then sang and the Mr. and Miss candidates were introduced. Following their introduction, the candidates presented their dance and did a Q&A.

There was a 5-minute intermission where the audience got to vote for their pick for Mr. and Miss. When the intermission was over, Central Bucks South senior Parth Patel began the next performance by playing the tabla, a drum set commonly played in North Indian music.

“To be involved in Rep Knight is awesome. We get to really express our culture with different talents we have. It’s an honor to do so,” Patel said. “I got to showcase my talent on a big platform which is North Penn High School.”

(Sonia Savaliya, one of the models for the fashion show showcasing her outfit)

Despite the circumstances, the ICA managed to pull off another successful Republic Knight.

“I’m so happy with how everyone worked out. I had family from across the country join which was a plus too—to have the widespread connections,” Prasad said. “It still had the same Rep Knight magic and enthusiasm and I’m relieved and thrilled it turned out the way it did: a success. There was a lot of uncertainty when we first embarked on planning Rep Night, but not having it was never an option.”

“I always knew that ICA was a close-knit community, but as the Vice President, the love our cabinet has for each other is just unreal,” Prasad said. “You wouldn’t expect it, but we’re all so passionate about celebrating our culture and who we are. I think if there’s anything ICA has given me is a closer bond to who I am ethnically which is now a huge part of me.”