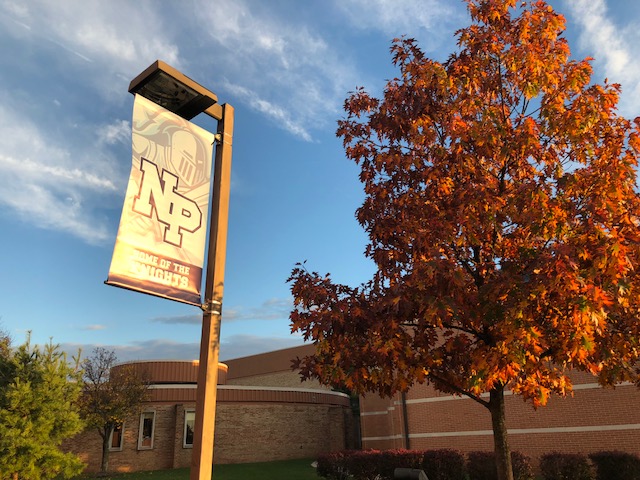 NPHS seniors Emily Liu and Samuel Lee were awarded the National Merit $2500 Scholarship in March. The two will continue their education at the University of Pennsylvania this fall.

After Liu and Lee prepared by doing practice PSAT and SAT tests, their hard work finally paid off.

“It was definitely worth the hard work to get to this point, and it’s always nice when you’re awarded for your efforts from time to time. I feel pretty happy with the results, and I plan to work hard to achieve more good results in the future as well,” Lee said.

“I’m happy my studying paid off, and I was able to get a scholarship for my work. At the end of the day though, the PSAT is just a test, so it’s definitely not something people should be stressing over,” Liu said.

As for their plans for the future, Liu and Lee will be attending the University of Pennsylvania. The two plan on majoring in math.

“I applied early decision to Penn because I knew it was my dream school as it checked all of the boxes for me. I really wanted a liberal arts curriculum, which I can get in the College of Arts and Sciences, but I am also interested in exploring business at Wharton. I decided to major in math because I’m interested in both STEM and business, so by majoring in math I can study a little bit of both,” Liu said.

“I committed to UPenn because I love their upbeat campus atmosphere and the proximity to home. I chose Mathematics because the countless applications that math has in the real world have always intrigued me, and I loved how every math problem has a unique, interesting solution,” Lee said.

As their senior year is slowly coming to an end, the two would like to thank those who have helped them along the way. They also encourage underclassmen to not stress too much over the competition.

“I want to thank my parents, my teachers, and anyone along the way who has helped me achieve this accomplishment. My advice to anyone who wants to get National Merit is to not worry about it too much. I think just by studying for the SATs, you’re indirectly studying for the PSATs, which is a big component of this scholarship. There was an essay too, but I just used my common app essay, so it wasn’t a big deal. The National Merit Scholarship was an honor to receive, but to all the juniors or even sophomores who might be stressed, don’t be. The PSAT itself isn’t really worth studying for, I would use the extra hours to just sleep or something,” Liu said.

“I want to thank my parents for supporting me throughout my journey and encouraging me to always aim higher. For anyone who is planning to compete, I urge them to not stress too hard about the PSATs; there are many other opportunities to earn scholarship money, and the PSATs aren’t that important for college admissions,” Lee said.