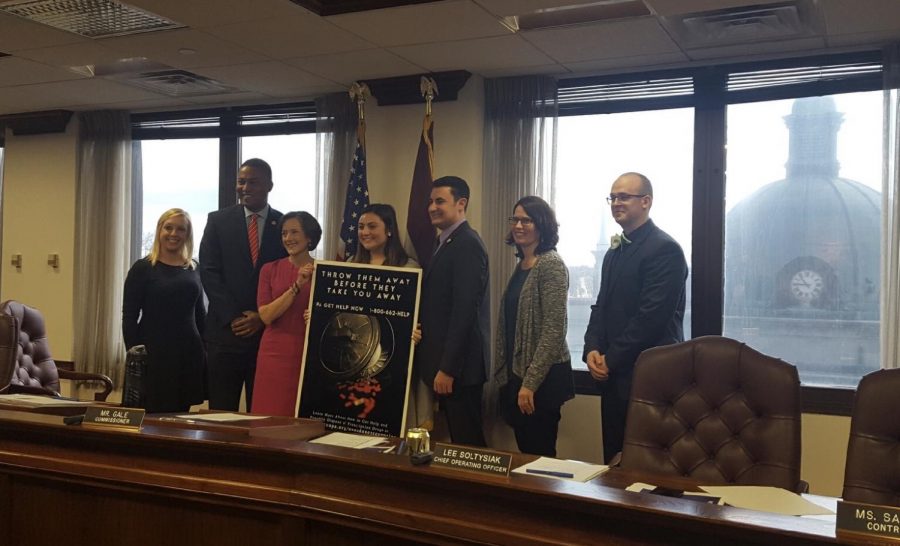 Annually, Montgomery County holds a drug overdose awareness contest for high school students to submit works of art circulating that subject. Over the years drug use has been creeping into our lives and those around us and the county wants to take action in avoiding the shadowing epidemic. This year, junior Holly Gardner won by taking the shot that will be hung on several billboards over the county.

A total of ten entries were in the finals for the community to vote for which were selected out of even more. Gardner submitted her photo while other students submitted other forms of art like paintings, drawings, and other photography based pictures. All of them focused on getting help and not being alone. Gardner’s photo consisted of the theme of throwing away the drugs before they take you away. The picture alludes of the pills falling into a trashcan surrounded by darkness. The idea came from a project in Gardner’s Digital Two Photography class when they had a project about Public Service Announcements. With drug abuse becoming more overwhelming, she decided that she would shoot around that topic.

On Thursday the 5th the Montgomery County Plaza in Norristown was visited by Holly Gardner, her family, friends, North Penn photography teacher Mrs. Joanne Carrick and Curriculum supervisor Mr. Grunmeier. The Commissioners of Montgomery County and the Chief County Detective were present to award Gardner. All billboards and bus stations are now showing the picture or in the works effective of April 6th.

Congratulations Holly! The North Penn community looks forward to seeing it appear throughout the county.