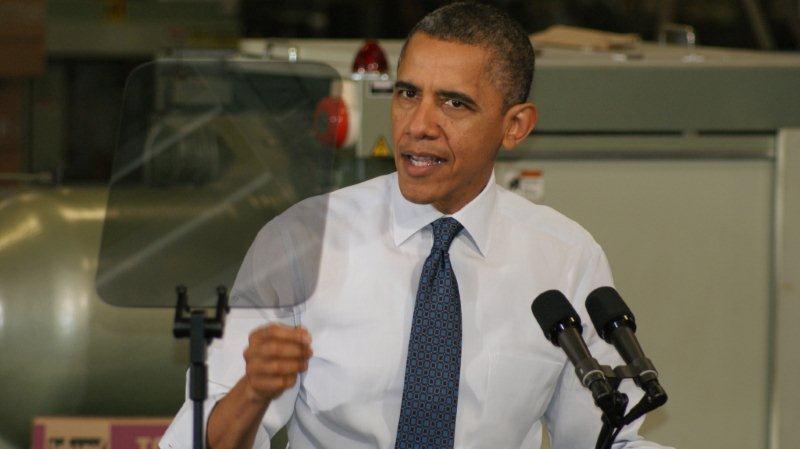 HATFIELD – President Barack Obama visited the Rodon Group Manufacturing Facility in Hatfield, Pennsylvania, on Friday, November 30th to give a speech on middle class taxes and the fiscal cliff that America faces come January first if members of the Congress don’t renew tax cuts from last year or pass a new bill on tax cuts. The House of Representatives, controlled by republicans, and the senate, controlled by democrats, often clash over issues because of partisan boundary lines. The Senate has already passed the tax cut extension and Congress is in the process of either approving or blocking it.

In his speech, Obama laid out the advantages of renewing the Bush tax cuts for the middle class, claiming that typical middle class families of four would see their income taxes go up by about $2,200. If congress passes the tax cut measures, Obama says that 98 percent of Americans’ and 97 percent of small business’ taxes wouldn’t go up.

Although President Obama’s plan gives tax breaks to the middle class, it also requires anyone earning over $250,000 per year to “pay a little bit more,” as the President put it. Some upper class taxes are already at 31 percent, and paying taxes even greater than that is not something that wealthy Americans are jumping to do.

But taxes will increase for everyone in America if the House, the Senate, and the President can’t compromise and pass a bill on taxes before December 31st. In his speech on Friday, president Obama urged attendees of the event to put pressure on their congressman to sign the bill. He instructed everyone to call their congressmen, send them e-mails, or tweet about it with #my2k (which references the two thousand extra dollars the middle class will have to spend on income taxes if the tax rates of 2003 are put back in place).

So if the tax situation is so dire, why is America stuck in a rut? Because we are running in to the age old economic debate between Democrats and Republicans. Simply explained, Democrats believe that by increasing tax cuts on the middle class and small businesses, the American economy will suffer because the middle class puts a huge amount of money into the economy each year and many small businesses will collapse. Republicans believe that by increasing taxes on the upper class and big business, you are limiting big business expansion, which will limit the number of jobs available to the American people, which is mainly comprised of the middle class.

It’s safe to say that Democrats and Republicans will never completely agree on this economic issue. President Obama spoke about the divide between democrats and republicans in Congress.

“I need you to remind members of Congress – Democrats and Republicans – to not get bogged down in a bunch of partisan bickering, but let’s go ahead and focus on the people who sent us to Washington and make sure that we’re doing the right thing by them.”

But hopefully America can come together during this crucial time for the betterment of our nation. That’s why the K’NEX factory was the perfect place to hold President Obama’s speech. Run by a third-generation family, the Rodon Group evokes the true American dream. They manufacture all of their products right here in America, supplying jobs to Americans and local workers in Hatfield.

Protecting the environment has quickly become an important issue that America faces, and the Rodon Group went land-fill free two years ago.

Talking directly to Michael Araten, CEO of The Rodon Group, he stated that “the president of the White House has chosen us as the best national example in America as a company that would be affected by the middle class tax cuts.”

And despite the fact that Obama narrowly won over Presidential candidate Mitt Romney in some counties in Pennsylvania, such as Towamencin, he chose to present his argument in Hatfield because of the Rodon Group’s actions that President Obama would like American businesses to imitate and embrace. He wants small businesses and big businesses alike to support the American economy by bringing jobs back home. As for the fiscal cliff, we’ll just have to hope that congress has a Christmas present in store for us- a compromise on taxes that will avoid reverting back to higher taxes for everyone.